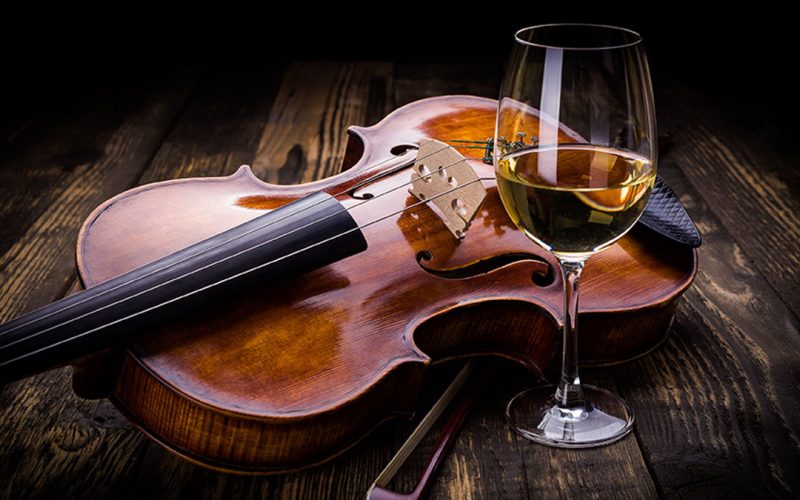 The search for the perfect match, able to enhance the flavor of a dish by eliminating the taste habituation, is perhaps the most difficult but stimulating task for every sommelier. In the choice of the right wine, the variables to be considered are many and often the preparation of the dish winds up to be different than previously im­agined, making the final combination less effective.

The most difficult aspects to evaluate are oil, which strengthens the perception of aromas and greasiness, spices, which increase tactile sensations and olfactory complexity, and cooking, which can affect the consist­ency. These elements have the possible consequence of unhinging the balance in the interaction between the components of food and wine.

However, if we could influence the tasters by amplifying the perception of some characteristics of the wines, we would be able to try to restore the balance thus tending to the ideal pairing. A valuable tool that can help us pursuing this unusual theory (see box) can be…music.
The wine and music combination is certainly not a recent discovery, as it has always been the object of rural tradi­tions, literature and operas.

In some pre-Christian civilizations, in Greek society and in some Roman rites, for example, flutes and harps usu­ally accompanied and favored the consumption of wine.Greek mythology tells of Orpheus, a skilled lyre player, killed by Bacchae because he worshipped the Sun god more than he venerated Dionysus. In lyrical compositions, there are countless references to wine: just think of Mozart’s “Don Giovanni”, Verdi’s “Traviata”, Mascagni’s “Cavalleria Rusticana” or Ross­ini’s “Il barbiere di Siviglia”. Even today, wine is still the leading character in many songs by musicians such as Rolling Stones, Gaber or Ligabue.

Wine and music are in fact, in different forms, two psy­chotropic elements, capable of altering the psycho-phys­ical state of a subject.As a demonstration of this, Professor Adrian North, from the University of Edinburgh, conducted an experiment aimed at evaluating the ways and extent to which music is able to influence taste perceptions and change the evaluation of wine components.

A group of 250 students was divided into five sepa­rate rooms. In each room a different song was played, except for the fifth room that was filled with silence. These songs were Carlo Orff’s “Carmina Burana”, Tchai­kovsky’s “Flower Waltz” from The Nutcracker, Depeche Mode’s “Just can’t get enough” and Michael Brook’s “Slow Breakdown”.

All students were asked to taste and describe a Cabernet Sauvignon and a Chardonnay from the Chilean company “Alpha”. The results published by the British Journal of Psychology showed that the same wines were described differently according to the music listened by the taster.
The study proved the existence of a relationship be­tween the brain areas stimulated by music and those stimulated by tasting. When drinking a glass of wine while listening to a song, the different active areas inter­act and influence the perception of wine’s components.

If this concept was to be applied as a standard, the tasting could be raised to a fifth dimension, thus also involving hearing. This way, it would be possible to cor­rect the perception of the characteristics of the wine in a targeted and selective way, just like a chef who tops off the taste of his dishes by adding spices or condiments at the end of cooking.

When facing a food-wine combo that is not completely satisfying because the different components shows a slight gap, the right background track can restore the balance of taste, thus approaching the full exaltation of the flavors.
di Marco Barbetti
Articolo tratto da “Il Sommelier”